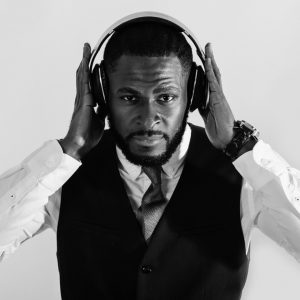 Painting, writing, dancing- these are all just a few of the many tools that one may use for self-expression. Music, however, has always been Selector Sean’s mode of self-expression. From singing in choirs as a school age child to becoming a skillful and popular dancer as a teen, Selector Sean has always been musically inclined. It was no surprise that by the age of 19, Selector Sean found his passion in front of a set of turntables. After his first gig at the popular Brooklyn nightclub, Attractions, Sean knew that his special talent would become more than just a hobby.

There are disc jockeys who can simply play music and there are those who aim to move the crowd. Since 2005, Selector Sean has been setting his name apart as a DJ who is able to move any crowd no matter the event. His quality work over the years has provided him with a distinct name in the DJ world as well as a strong fan base. This distinct name has many seeking his services for countless events, which include weddings, baby showers, fashion shows and many more.

One especially notable event was 2014’s first ever SOURCE360 Music, Art and Culture Expo, powered by the Source Magazine, where Selector Sean provided the sound for three days of concerts, block parties and talent competitions. 2014 was also the year in which Selector Sean was able to headline CUNY Medgar Evers float at the West Indian Labor Day Parade in Brooklyn, New York for the first time.

Always looking to cater to his diverse fan base, Selector Sean decided to create mixes of countless genres including soca, r&b, hip hop, pop, reggae, afrobeats and even workout mixes to launch on his newly created website in 2012. Every year since, Selector Sean has continued to carefully craft mixes to add on to this assortment.

Appreciative of his extremely supportive fan base, Selector Sean has always been fond of giving back to his supporters. From ticket giveaways to concerts headlining big name artists such as Trey Songz and Usher, to local events sponsored by radio stations such as Summer Jam and Powerhouse, he has always made sure to give his supporters opportunities to enjoy some of their favorite artists live.

Selector Sean is also dedicated to giving back to his community as well. Specializing in childhood education, he has been working with children for years. Whether it be homework help or coordinating fun games and activities for children to engage in, the children always enjoy his company.

Whatever event Selector Sean is a part of he promises to deliver. He aims to create memories that will leave a lasting impression.