DJ LJ Nassau, Bahamas Musician. Producer. Story-teller. Lawrence Hepburn III was born and raised with music in his veins. Growing up in The Bahamas, LJ (as he known to family and friends) played several instruments and was surrounded by sounds of music from the church and strongly influenced by musicians in his family. The evolution of DJ LJ began during his teenage years and his […] 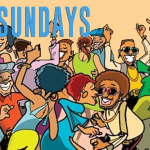